Both scholars and practitioners of civilian oversight in the United States have made attempts to classify various approaches to oversight in relation to their most common functions, legal authority, and organizational features. There is a general consensus in the contemporary literature that American civilian oversight agencies broadly follow the review-focused, investigation-focused, or auditor/monitor-focused model, described in detail below, with authors describing relatively minor organizational differences regarding the specific characteristics of each model type.

For more detailed information on models of civilian oversight, please see the reports on our Reports & Publications page.

Review-focused agencies represent the earliest and most common form of civilian oversight in the United States, accounting for nearly 62% of civilian oversight agencies in the United States. In their most basic form, review-focused agencies provide community members outside of and unaffiliated with the law enforcement agency with an opportunity to review the quality of misconduct complaint investigations performed by the overseen department.

The level of authority given to review-focused agencies varies. In addition to reviewing completed internal investigations, review-focused models are often permitted to receive civilian complaints and forward them to the department for investigation; remand cases back to the department’s internal affairs unit for further investigation; hear appeals from complainants or subject officers; recommend case dispositions, discipline or revised departmental policies and procedures; hold public forums; and conduct community outreach.

Investigation-focused models are currently the second most common form of civilian oversight in the United States. Agencies that fit within the investigative model employ professionally trained investigative staff to conduct investigations of allegations of misconduct independently of the overseen department’s internal affairs unit or replace critical functions of a standard internal affairs unit altogether. These types of agencies can vary greatly both in terms of authority and organizational structure, but tend to be the most cost- and resource-intensive forms of oversight given their staffing needs.

Investigation-focused agencies typically have greater access to law enforcement records and databases than review-focused agencies, particularly with regard to body-worn camera and in-car video. They are more likely to have the ability to subpoena documents and witnesses than either review-focused or auditor/monitor-focused models in order to expedite the collection of evidence.

In many jurisdictions, in addition to the investigative agencies’ professional staff, the agencies include a volunteer board or commission.  The roles of these boards or commissions can vary greatly. In some cases, the board or commission acts in an advisory capacity or a leadership capacity.  Some may conduct votes to initiate investigations, issue subpoenas, and determine the dispositions of misconduct allegations based on staff investigations. Elsewhere, boards or commissions hold public hearings, conduct community outreach, determine policy-related matters the agency should investigate further, or make specific policy recommendations. 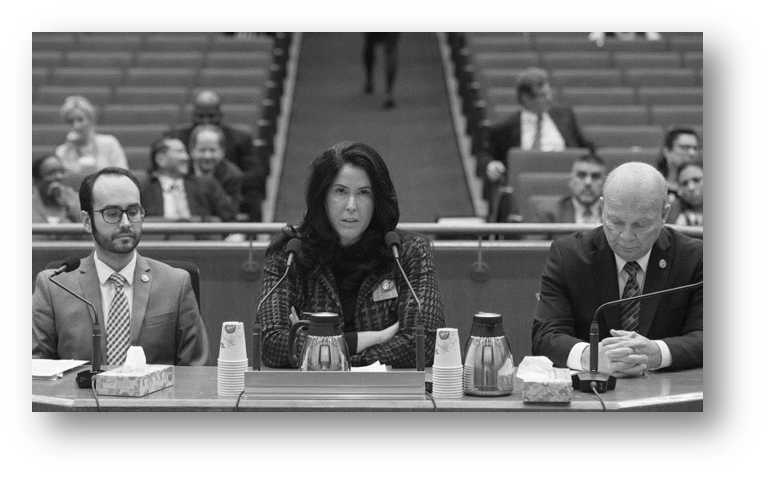 Sometimes referred to as inspectors general or police monitors, these types of oversight agencies tend to vary more in terms of authority than organizational structure. In general, they are created to promote broad organizational change by addressing systemic issues, analyzing patterns and trends, and addressing deficiencies in policies and procedures. Their work may cover virtually any aspect of the overseen law enforcement agency such as complaints, discipline, training, staffing and recruitment, use of force, and crime prevention strategies. They can typically issue recommendations regarding any aspects of the law enforcement agency that are in their purview.

Civilian oversight agencies — particularly newly established ones — are increasingly adopting forms of oversight that go beyond the traditional review-focused, investigation-focused, and auditor/monitor-focused delineations by combining functions of several models.

Hybrid civilian oversight exists in two ways: hybrid agencies and hybrid systems. In the first case, an agency may primarily focus on one oversight function while also performing other functions (such as reviewing internal investigations and auditing policy compliance). In the latter case, a single jurisdiction may have multiple agencies overseeing the same department, such as an independent investigative agency and an inspector general, or a monitor agency and a civilian board acting in an advisory capacity to the law enforcement agency and/or other civilian oversight agency. Individual agencies assuming hybrid forms are increasingly common, but several jurisdictions have also created multiple agencies responsible for performing different oversight functions of the same law enforcement department.