Assessing the Credibility of Witnesses

This one-hour webinar will cover the basic concepts used to assess the credibility of complainants, witnesses and law enforcement officers. It will describe how to systematically evaluate and analyze contradictory accounts of an incident and how to conduct thorough interviews that allow an evaluation of a witness’ credibility. It will discuss relevant factors to consider in making credibility assessments, including an individual’s ability to perceive, recall and describe an event; conscious or unconscious bias; motivation; attitude and character; demeanor; consistency of statements; and consistency with other evidence. 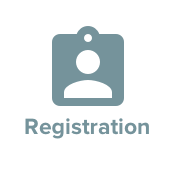 Before his work in San Francisco, Mr. Alden was a prosecutor in the Bay Area for six years specializing in domestic violence prosecution, consumer fraud, and white collar crime. He then worked in private practice for five years specializing in wage and hour class action cases and related areas of employment law. Mr. Alden also served as an Unruh Fellow in the California State Assembly. Mr. Alden received both his Juris Doctorate and Bachelor of Arts from the University of California at Berkeley.

Mr. Wechter, a former member of NACOLE’s Board of Directors, has worked as an investigator for over thirty-five years, including eighteen years at the San Francisco Department of Police Accountability (formerly the Office of Citizen Complaints), where he conducted hundreds of investigations, including officer-involved shootings, serious uses of force, and allegations of biased policing.

Mr. Wechter also worked as an investigator for the San Francisco Public Defender’s Office and as a licensed private investigator specializing in criminal defense and workplace investigations. Mr. Wechter is a Certified Legal Investigator, Certified Criminal Defense Investigator and a NACOLE Certified Practitioner of Oversight. While serving on its Board, Mr. Wechter drafted NACOLE’s Qualification Standards for Oversight Investigators and Supervising Investigators, and its Recommended Training for Board and Commission Members.

Mr. Wechter graduated from Stony Brook University in New York with a bachelor’s degree in anthropology and a minor in journalism, and worked as a freelance writer and investigative journalist before becoming a private investigator.

*Please note that those who participate in this webinar will be able to apply 0.75 credit hours towards the CPO certification program.